When the Turkish Airlines passenger jet left from Conakry, Guinuea, they were one passenger lighter than when they landed in Burkina Faso. This is because during the flight, a woman had given birth. Nafi Diaby had suddenly gone into labor forcing the cabin crew of the Boeing 737 plane to help in delivering the baby. The baby was born in the middle of the flight, with the plane at 42,000 feet. Both the mother and the baby were taken to the hospital when the plane landed, and both are reported to be doing well. 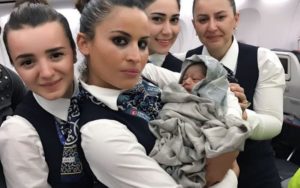 Despite the unorthodox location of the birth, this is not the first instance of a baby being born while on a plane. In fact, most flight crews are actually trained to deal with this emergency should the need arise. There are several dangers that can come with delivering a baby on a plane, most notably the confined spaces and the possibility of turbulence, but barring any medical emergency that requires surgery, most flight crews are trained and equipped to handle a normal birth. 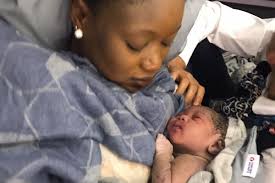