Earlier this week, it was announced that the famous safety song of Virgin America will be officially retired. Flight attendant Mikey Tongko-Burry performed the song for the last time on flight last Sunday, and his dance performance was captured on video and posted on social media. The video has since gone viral. 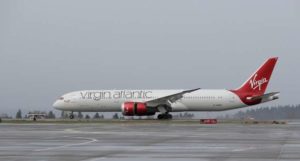 Virgin America and Alaska Airlines officially merged earlier this year, with the companies adopting the name and logo of Alaska Airlines. Along with the merger, there will be many different changes including the famous and catchy safety song being officially retired. But before it was officially stopped, flight attendant Tongko-Burry performed it one last time for a proper goodbye. The dance was captured on video by passenger @hunterwalk.

In the video, we see Mikey showing of some impressive dance moves and lip-syncing the song has he informs the passengers of the standard flight safety precautions. When the song debuted, it received over 6 million views on YouTube. It also has the distinction of probably being the only version of the safety instructions that passengers actually enjoy and pay attention to. 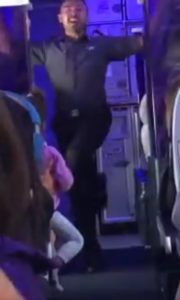 “So many thoughts and emotions as I gave my last performance of the VX Safety Demo this afternoon. It’s been a wild and crazy #Virginamerica ride. Love you all for sharing this journey with me” posted Mikey on his social media. Alaska Airlines has still not announced what they will be replacing the dance with, but there will be some high expectations considering the popularity and sensation that the previous safety song had.