Sharks have always been associated with teeth, and as carnivorous animals, and apex predators. But one recent study could flip all that on its head. According to researchers, one of the smallest sharks in the world is the first variety of shark that has been classified as an omnivore. What’s even more amazing is the fact that this plant-eating behavior might not be limited to this one species of shark. 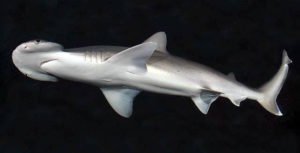 The shark in the study is a Bonnethead shark. It is a relative of the hammerhead shark and swims the shallow waters in the beaches of the Americas. The shark is abundant in waters of the Eastern Pacific, the Western Atlantic, and in the Gulf of Mexico. They have been known to feed on crabs, shrimp, snails, and other small bony fish. Although they are relatively small for sharks, some have been known to reach almost 5 feet in length. 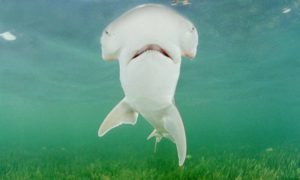 Scientists at the University of California in Irvine and the Florida International University were studying the dietary habits of the sharks when they found a few of the specimens eating sea grass. This has never been recorded on any shark that has been observed and studied.

“It has been assumed by most that this consumption was incidental and that it provided no nutritional value,” said Samantha Leigh, a researcher on the team. “I wanted to see how much of this sea grass diet the sharks could digest, because what an animal consumes is not necessarily the same as what it digests and retains nutrients from.”

Scientists from the study then retrieved sea grass from the Florida Bay and took in 5 Bonnethead sharks to study their digestive tract. They found out that the fish had successfully digested the sea grass and they benefitted from having it in their diet. The discovery has implications on defining sharks as a top predator, as well as possible shifts in the eating behaviors of animals in the future.