Earlier this week, a father from North Carolina named David Danielewicz posted a short rant about the proper etiquette of dropping off your kids in school. The start of September means a lot of things for families, but mostly it signifies the start of school. It can be an exciting time for kids, but it can be stressful for parents, especially the part of dropping off your kids every week day. Danielewicz posted about the struggles of the drop-off on Facebook, and his post quickly went viral. 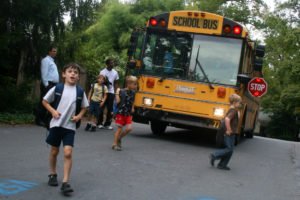 “I’m only going to say this once,” he wrote. “If you have to bathe or dress your kid, comb their hair, scramble them an egg and write them a send off letter before they can exit the carâ€”YOU DO NOT BELONG IN THE SCHOOL DROP OFF LINE. Only people who raised their kids to jump out of the car with backpacks loaded like they are storming the beaches of Normandy while the car is at a slow roll are allowed in the drop off line. I will be giving stink eye warnings today but tomorrow I’m issuing citations.” 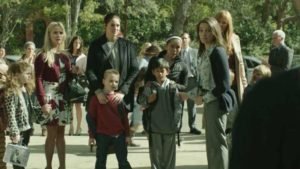 “I was kind of making a joke for Union County, and it just went viral,” Danielewicz said in an interview. “I’ve seen people combing their kids’ hair, letting them finish their cereal, truly amazing.” It may be a joke, but there is a lot of stress for parents who struggle through the chore on a daily basis. It can cause traffic, arguments, crowds, and tensions between parents and guardians who are rushing to get their own child to school on time.