Firefighters Throw Baby Shower For Mother Who Lost Everything

In Florida, firefighters from the Lauderhill Fire Department threw a mother to be with a surprise baby shower. The mother, Nicola Taylor, lost everything in a fire that destroyed her home. Two days before the fire, Taylor was actually thrown a birthday shower by her family and friends. But all the gifts that she received were all destroyed in the fire. The surprise baby shower was one way for the fire department to replace what she had lost in the devastating tragedy. 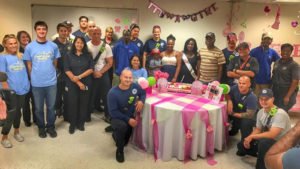 According to Captain Jerry Gonzalez of the fire department, most of his firefighters were emotional when they saw baby items burned up in the fire at Taylor’s house. Most of the firefighters are parents and they could empathize with what Taylor was feeling. That is what compelled them to do something to help out Taylor and her family. After deciding to help, they then collected donation from coworkers, friends, and family. Then they collected as much baby clothes, baby carriers, and other baby things that Taylor could use. Other donations also included several gifts and gift cards, and even a Tiffany necklace. They surprised Taylor with the shower, and she was overwhelmed by emotion by the generosity of the fire department and the firefighters. But her best gift was saved for last. It was given by Captain Gonzalez. 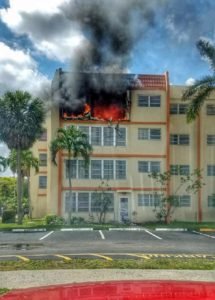 “The members of the fire department, the community, and the people have donated. We were able to get you a new lease, a new apartment,” GonzÃ¡lez said as he handed Taylor the keys to her new home. But that wasn’t the only gift. “We’ve covered your deposit and a few months rent.”