NASA’s Peggy Whitson is about to set history by spending the most cumulative days in space. The record was previously 534 days set by astronaut Jeff Williams. Whitson has currently been in spaceÂ since November 19, 2016, and is set to return to Earth in September of this year. She is currently in command of a joint mission with cosmonauts on board the International Space Station. 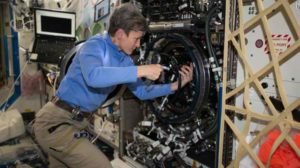 Aside from breaking the cumulative days in space record, Whitson will also be breaking a few other space records. She holds the record for most spacewalks by a female astronaut when she took her 8th space walk earlier this month. She is also the first woman to take command of a space station, a feat that she has achieved twice. At the age of 56, she is also the oldest woman to travel to space. Her first space mission was 2002, when she was part of Expedition 5 with a crew on the International Space Station. Fifteen years later, she is the commanding officer of Expedition 51, once again boarding the ISS. 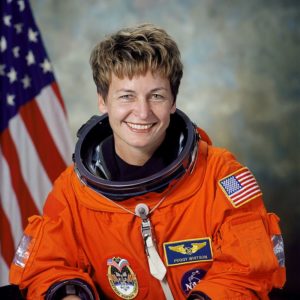 For her achievements as an astronaut, Whitson is scheduled to receive a call from US President Donald Trump. Trump, along with his daughter Ivanka, are set to call Whitson with astronaut Kate Rubins from the Oval Office to congratulate her on her record breaking mission on board the International Space Station. The conversation with the President, which is set to last around 20 minutes, will be aired live on NASA Television and will streamed live on the official NASA social media account.