A father in Texas built his own amusement park for his special needs daughter after realizing that theme parks were not meant for kids like her. Gordon Hartman started building the park in 2007, when his daughter Morgan visited a park and had an unsatisfying experience. The park was completed after three years and was named after his daughter, Morgan’s Wonderland. 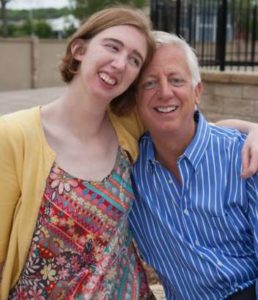 Hartman’s daughter has severe cognitive and physical delay, as well as a form of autism. When Morgan was 12, they visited a water park together. They wanted to play with some kids but it was too complicated for Hartman’s daughter. He felt for her, but he also wanted her to experience the joy of an amusement park. He thought about all the parks in the country, and couldn’t figure out which one would be suitable for Morgan. So he built one instead.

“It feels fantastic because we get to see people who are not given the opportunity to experience the type of rides we have, get on a carousel, get on a train easily, fishing. All these things they’re not allowed to do because of their cognitive or physical situation,” said Hartman. Morgan’s Wonderland is a 25-acre park located in San Antonio, Texas. It has 26 different activities and rides and features a wheelchair-accessible Ferris wheel and carousel. 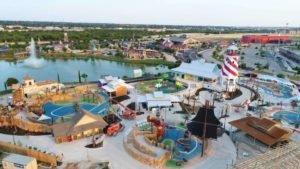 Hartman already started a non-profit foundation for children with special needs in 2005 called the Gordon Hartman Family Foundation, which helped in building the most accessible theme part in the nation. Since the theme park opened, it has received thousands of visitors from all over the world, including 67 countries.