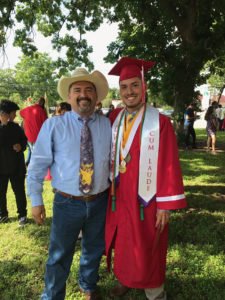 Dylan tweeted the picture of him and his father, along with a close up of his hand made neck tie. His dad proudly wore the necktie to the graduation ceremony, along with a cowboy hat. Dylan tweeted a picture of the necktie, which features Pikachu, one of the more popular Pokemons, and a few Poke balls. Dylan remembers making the tie, and giving it to his dad for father’s day. 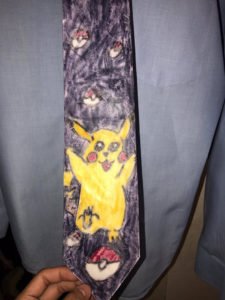 “I made this tie for my dad when I was in 1st grade. 11 years later he wears it to my graduation,” Dylan wrote on Twitter. “I didn’t expect him to really wear it or even have it this whole time. He has never worn the tie before in his life until my graduation day.” A few netizens have remarked on how the depiction of Pikachu is actually an impressive drawing for a 6-year old boy. Ironically, Pokemon which was popular 10 years ago when it had an animated series and trading card game, has become popular again recently because of a popular Pokemon hunting app.