It was a typical fast food drive-through exchange between a customer and the cashier in Doral, Florida. The woman behind the wheel ordered and paid for her food and the cashier obliged. But when 22-year old Pedro Viloria came back to serve the ordered food, the woman at the driver’s seat was no longer responsive. Viloria noticed two children and the back and kept trying to get the attention of the driver. 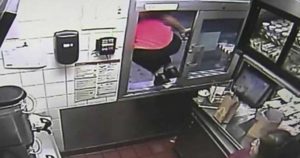 Viloria then described the woman to be making jerky movements. Eventually the woman’s foot slipped off the brake, and the SUV started to roll away and the children in the back started to scream. Upon instinct, Viloria jumped through the drive through window and chased after the car. He jumped in front of the SUV to stop it, but thankfully, a curb stopped the car from moving any further. 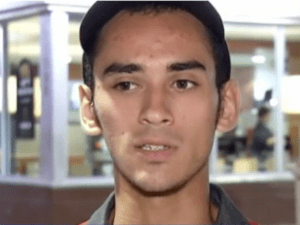 “If I would have had to die to save that woman, I would have done it,” Viloria said. “My brain was on hero mode.”