Earlier this week, the latest fashion runway in Brussels featured unique and interesting materials for clothes. The models in the latest fashion show walked down the runway with chocolate inspired fashion. This latest trend combined the most recent in edgy fashion with some mouth watering sweets. But before you think that adding desserts is the next step in fashion it is actually the other way around. The chocolate catwalk was actually part of the chocolate fair that was occurring in the city. 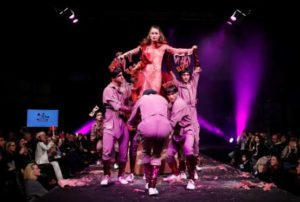 The capital of Belgium was the host for the annual “Salon du Chocolat”. This chocolate festival takes place for three days and includes chocolate designers, pastry chefs, and “chocolatiers” from all over the world including 15 different countries. One of the festivities in the fair was a fashion show that included adding chocolate as a fashion accessory. Among the many chocolate designs included evening gowns with chocolate pieces to chocolate inspired cocktail dresses and hats. Chocolate was also molded into several fashion accessories such as bags, shoes, and jewelry. 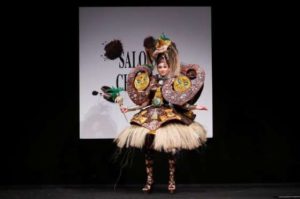 The international chocolate fair is open to the public, where people can sample chocolates and other delicacies from more than 130 participants. This year, it was held in Belgium to play up the country’s reputation as a leading chocolate maker. The Chocolate fair started in 1994 in France. It has since been held in popular cities all over the world including New, York, Tokyo, and Moscow.

“Once again, it’s a dream that becomes reality and we are salivating already,” said Brussels city mayor Philippe Close.