The most mysterious and dangerous nautical location has always been the Bermuda Triangle. The area is located between the points of Bermuda, Puerto Rico, and Florida.Â  It is also known as the Devil’s triangle because of its notorious reputation.

For centuries thousands of aircrafts, ships, and boats have mysterious crashed or disappeared within the mysterious triangle. The most well-known cases were ships that were found with their entire crew mysteriously disappearing. 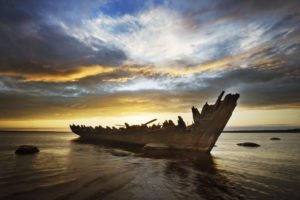 The triangle has been known to be the location of dozens of mysterious disappearances. One of the most popular was the disappearance of Daniel Burack and his 23-foot cabin cruiser called the Witchcraft. On December 22, 1967, Burack called the coastguard to report he had hit something. He used his flare to signal for help. But then 19 minutes after when the rescue vessel arrived at his location, the ship, and its captain was nowhere to be found.