Over 10 years ago, a German farmer made a discovery on a well in his farm. He didn’t know what it was and he didn’t know that it would change his life. Nearly a decade later, he has become a millionaire. It was 2009 when archaeologists that were excavating a former Roman settlement found something on this farm in Lahnau, Germany. They found a 2,000 year old bronzed horse head. Recently, it has been reported that the owner of the property would be awarded $904,000 for the precious artifact. 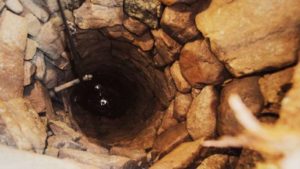 The gold-leaf covered horse head weighs around 55 pounds and is 20 inches long. A bronze foot was also found nearby, meaning these pieces are most likely part of a larger statue. Some experts have even said that the rider of the horse could even have been Augustus, who was the emperor of Rome at the turn of the first millennium. The head was under water at the bottom of a 36-foot well for thousands of years, which is why it was preserved so well. The preservation and the age of the horse head makes it very valuable. 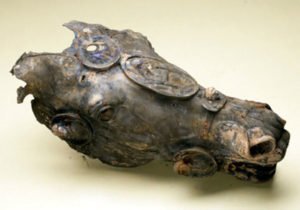 At first the farmer was given $55,946 for the artifact by the German state Hesse. But after the farmer read about the news report declaring to be one of the best preserved Roman bronzes, he thought he was underpaid and he sued the state. Then earlier this month, a German court ruled that he was entitled to half of the worth of the horse head. The head was valued at $1.8 million, meaning the farmer is now owed over $900,000, with interest.