Japanese pop star Hatsune Miku has been in the music industry for at least a decade. She has released more than 100,000 songs in several different languages, and was even the opening act for a Lady Gaga concert. What makes this even more impressive feat is the fact that Miku is not even real. Miku is a computer simulated pop star. 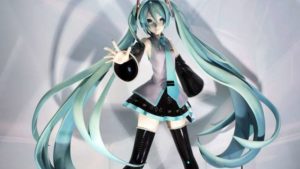 Miku is a computerized entity that exists entirely on virtual reality. But her short skirts and blue pigtails are among the most recognizable traits in Japan. Being real hasn’t stopped this pop diva from having a successful career in real life and on the internet. Her Facebook page alone has 2.5 million followers. Miku was created 10 years ago by Hiroyuki Ito, the CEO of Crypton Future Media in Sapporo, Japan. She began as voice-synthesis software but was used to sing original songs. It didn’t take long for her singing career to take off. Not only has she sold millions of records, but her concerts actually sell out. 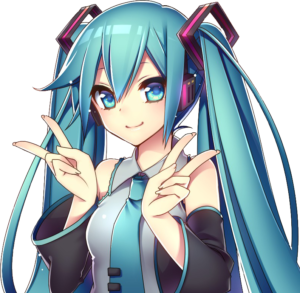 “A Hatsune Miku concert, rather than being a professionally produced concert with orders coming from the top down, it is more of a collaboration of creators acting in concert with Hatsune Miku to share popular songs that fans love,” Ito explains. “It’s really a kind of creative gathering of people such as songwriters, costume designers and illustrators.”

“We are trying to further develop the technology and get our voice synthesizer software as close as possible to the human voice,” Ito says. “We will arrive at the point, though, where we have surpassed the human voice to create something that doesn’t exist. My hope is that this new technology will bring about a new kind of music.”