In the early stages of the 21st World Cup games, the countries of Japan and Senegal won in each of their first games. Of course, the fans and nationals were excited and cheerful for the win. But instead of going out and partying, the fans of these teams decided they would celebrate by helping in cleaning out the stadium where they were privileged enough to witness their teams triumph. 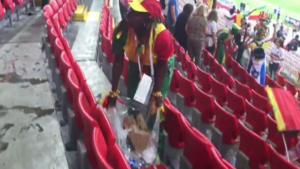 The news of these fans staying behind and cleaning up as a form of celebration has reached the international news. It has also been a story that has spread to social media, where pictures of fans cleaning up went viral. The photos and videos showed the fans, still dressed in their country’s colors, pick up trash and waste from the seats of the stadium. Japan won against Colombia, while Senegal won against Poland.

“Japan showed once again why they have the best fans at the World Cup after they stayed behind to CLEAN up the stadium following their win against Colombia,” The UK’s Sun wrote.

“Senegal achieved a historic triumph,” Argentinian TV channel TyC Sports said “But their fans instead of celebrating minutes after the game are responsible for cleaning their sector before leaving #Respect.” 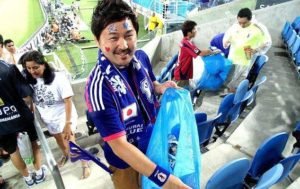 The 2018 FIFA World cup is currently being held in Russia for the next four weeks. There are 12 venues and 11 host cities. It is the first World Cup to be held in Eastern Europe. The estimated cost for this world cup is at $14.2 billion, making it the most expensive World Cup yet.