In Utah, firefighters were surprised when they found food and drinks that were left behind for them by a family that was evacuated. A note was left behind to inform the firefighters that the treats were for them. Firefighters in the state have been working 24 hours a day to contain and protect the houses and homes that were threatened by the fires in Pole Creek and Bald Mountain in Utah. So this family decided to give them something to help stave off exhaustion and fatigue. 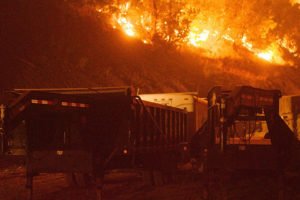 The simple gesture from a thoughtful family meant a lot to the firefighters in Utah. One of the firefighters, Matthew Bills, took a photo of the letter he found at an evacuated home and posted it on his social media page, where it quickly went viral. He stated that it was amazing that at a time of despair, this family was thinking about other people. Two fire engines also posted a thank you on social media for the family to make sure they knew that their sentiments were received and appreciated. 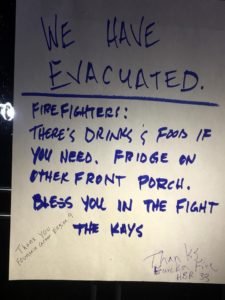 The fire from Pole Creek and Bald Mountain has been devastating. There were more than 70,000 acres of burned land from Pole Creek, and more than 14,000 acres burned from Bald Mountain. To help combat the fires, more than 1,300 firefighters were sent in to control the inferno. These firefighters are trying to minimize the damage that could affect the house of the 6,000 people that were evacuated from their homes.