The Most Expensive Donut in the World

The most expensive donut has recently been revealed in a Miami club. The donut is called the Golden Cristal Ube, and has rich champagne filling and 24-karat gold toppings. The baked goodie can be ordered by piece and costs a significant amount. The price for this one piece of this expensive pastry is set at $1,200, making it the world’s most expensive donut. 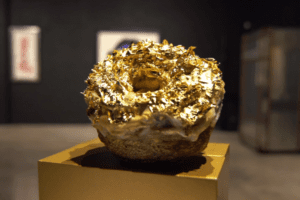 Bjorn Dela Cruz, the chef at the Manila Social Club in Miami, is the creator of this culinary indulgence. He makes up all the puff pasties at the club and came up with this gem of treat. The donut is made with ube, a purple sweet yam found in the Philippines. The dough and the icing contain a generous amount of Cristal champagne, which costs around $200 per bottle on retail. The donut is then airbrushed with a coat of 24-karat gold and topped with a gold leaf. It’s a process that takes Dela Cruz two hours to complete. 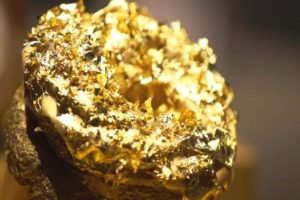 The donut can be ordered at the Manila Social Club, but it is also offered for delivery. But this particular puff pastry is not simply delivered in a truck or delivery van. The donut is transported via Rolls-Royce, which is fitting considering the expensive ingredients used in the donut. The golden donut and its origins are to be featured in an episode of CNBC’s “Secret Lives of the Super Rich.”

“A lot of people, when they eat this doughnut, say ‘Oh, that’s rich,'” Dela Cruz says about his creation.” “Usually I tell them, ‘No, it’s wealthy.'”