Exotic Frog Stows Away in Plane From UK to US

Earlier this week, a family was amazed and shocked when an exotic frog leaped out from their suitcase. The family had just traveled to the US and had returned home to the UK. The frog was about the size of the ping pong ball, and it had travelled with the family all the way from Disney World in Florida to Tyne and Wear in the UK. 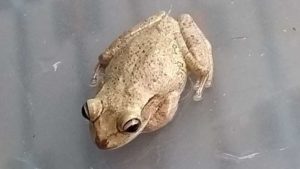 Wood thinks that the frog must have been inside one of the kids’ swimming shorts that they had hung out to dry and they didn’t notice the small reptile until it jumped out from the packed suitcase. The family caught the green critter and placed it in a bowl of water. They then called the RSPCA or the Royal Society for the Prevention of Cruelty to Animals to collect the frog. 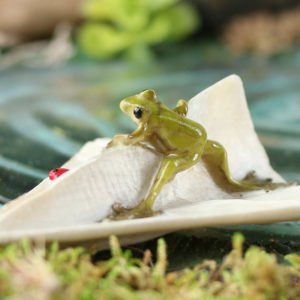 The frog was declared to be healthy and it was taken to a specialist by the RSPCA. “The vet, who keeps exotic frogs, has offered him a forever home,” said the RSPCA in a statement. Surprisingly, this isn’t the first time that an animal was inadvertently brought home to the UK from tourist vacations. According to the RSPCA, there have been reports of lizards, crabs, and even scorpions hitching a ride into the country.