Entire Village in New Zealand is Up For Sale

Earlier this week, it was announced that an entire village in New Zealand was put up for sale. The village is the Lake Waitaki village in the South Island that was built in the 1930’s as accommodation for the workers and laborers that worked on the nearby dam. The village has been empty since 1989 when the dam’s operations were made automated. 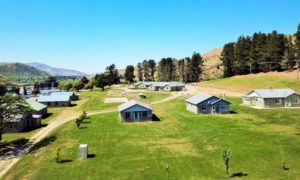 The village is located just at the edge of the Waitaki dam and features mountain views, 8 three-story bedroom homes, a restaurant, a lodge, water rights, nine garages, and 14 hectares of land. It is all up for sale for just $2.8 million. The village is just one of the many small communities have struggled since the population of New Zealand became more urbanized.

The village was originally home to 40 staff and their families. It was also the hub of activity for the 1,200 workers that were employed at the dam. Waitaki Dam was the last dam built in New Zealnd using tools such as picks, shovels and other manual labor costs. It was part of a government initiative to reduce the unemployment rate. There has been a lot of interest on the village, ranging from people wanting to create a farm, a winery, or a tourism venture. There has even been some interest from individuals that want to create a communal living arrangement for their friends and family. 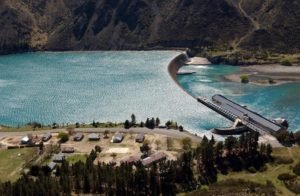 Buyers from outside the country will have a hard time purchasing the village because of real estate laws of New Zealand. There has been some local interest in the village, but most domestic buyers are unwilling to offer past the $1 million mark.