Earlier this week, the English Heritage staff named the 10 scariest landmarks in England. The staff compiled a list of the spookiest destinations, presumably in time for the upcoming Halloween season. The criteria for picking the landmarks included unexplained screams, laughter heard late at night, and strange sightings of possible ghosts. The company’s 1,800 staff members each voted for their top 10.

The location that was voted as the scariest was Bolsover Castle in central England. The castle was built on top of an ancient burial ground, which could explain why there were so many creepy incidents reported in the ancient castle. One staff member reported that she heard screaming that got louder the farther she walked away from the castle. But when she returned, there was no one there. Security guards also reported unexplained lights and sightings of a little boy holding the hands of visitors. 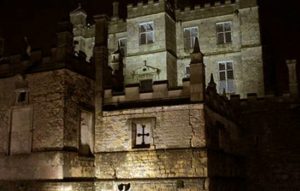 Among the sites included in the list was Whitby Abbey in northern England. The gothic castle was said to have inspired Bram Stoker to write the classic tale of Dracula. The castle is reported to have unexplained cold draughts as well as things flying off shelves suddenly. Visitors have also reported being tapped on the shoulder with no one around. Also included in the list is Carisbrooke Castle on the Isle of Wight in southern England where ghosts were said to appear, the Pendennis Castle in Cornwall which is being haunted by a kitchen maid from the 17th century, and the home of Charles Darwin where quills have been known to move on their own.