A couple from Spokane, Washington recently celebrated their 75th wedding anniversary. But the amazing thing about this couple is their names. There is 104-year old Harvey Schluter and his wife, Â 92-year old Irma Schluter. Their names are very relevant these days as they are the same names of the two historically devastating storms that hit the southwestern coast of the United States. 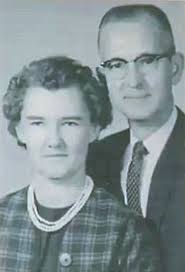 Harvey and Irma say that they are aware of the coincidence and they marvel at the chances that the two storms would be named after them both. As far back as they can remember (which is far) they cannot recall an instance when two storms hit the country with their names. Despite their age, they still vividly remember events that shaped the country, such as the Great Depression and Neil Armstrong walking on the moon. They are also aware of most of the recent events that have been happening in the country. 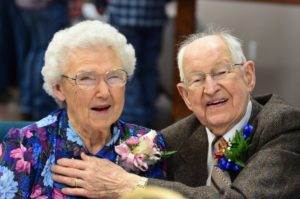 “I don’t know how they’ve done that, to have a Harvey and Irma,” said Mrs. Schluter in an interview. “I don’t know how that worked out.” The names of the storms are actually taken from a list of names that are rotated by the National Meteorological Association. Then the names alternate between men and women’s names. This naming system has been used since 1979. The list is limited so that same names that were used this year will probably be used again in 2023. But don’t expect to see the names Harvey and Irma ever again. The most devastating hurricanes, such as Katrina, have their names retired.