Elderly Couple Finds Love at the Twilight of Life

An elderly couple from Huntsville, Alabama is proving to everyone that it is never too late to find live. 70-year old Cleveland Wilson met 67-year old Lucinda Myers in church. They knew of each other but they never thought that it would end up as a romantic relationship. The courtship started when Wilson gave Myers a compliment. 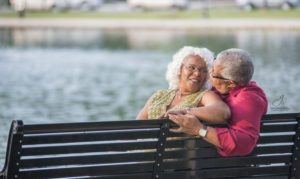 “When he told me I looked really nice that morning, I said, ‘Oh, okay.’ It was a shock but it kind of opened the door for me to know that he was interested,” said Myers. But after the compliment, Wilson did not attend church in the next few weeks, which garnered more attention from Myers. When he finally attended service, it was her turn to give him a compliment. She asked him where his beautiful smile had been. 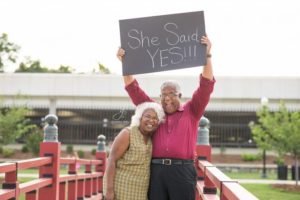 And the rest, as they say, is history. Soon after that the couple got engaged and they were married in a few months. Wilson was in a marriage for more than 40 years until his wife passed away. He said he wasn’t sure that he would find somebody to spend the rest of his life with again. But he says that he is thankful that they were able to find each other, even at their age.

“I just didn’t think it was possible to love that deeply again,” he says.”I didn’t think it was gonna happen twice. I was dead wrong. This woman is everything that I need at this point and time in my life, and I’m grateful to God for putting us together.”