Last week, several passengers reported that one elderly passenger tossed coins at the engine of a (ironically) Lucky Air jet during boarding. The plane was boarding in Anqing in Anhui, China, when an elderly Chinese woman tossed coins at the engine. The coins were said to be lucky and she was wishing for a safe and lucky flight. Authorities had no choice but to detain the woman and ground the flight for safety precautions. 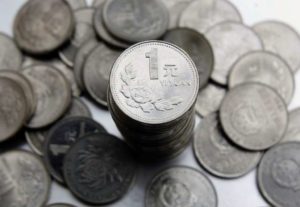 The incident that happened last week has been the second time that an elderly person has tossed coins at a plane engine for luck. The last time this occurred, a ground crew found coins lying on the tarmac next to the plane. According to authorities the coins were also tossed in for safe travel. The only problem is that the coins could cause serious engine trouble if it got in the wrong place. Workers at the airport had to disassemble the engine to make sure that all the coins were retrieved. 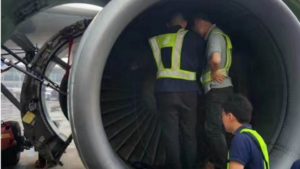 The 76-year old woman that tossed the coins was taken into custody. It was not revealed if she would be facing charges, but if the last incident is any indication, she will likely be released due to her age. The flight was supposed to depart from Anqing to Kunming in southwestern China, but it was grounded overnight instead. Passengers of the flight had to reschedule their flight to the next morning. Shanghai airport authorities reported that devoted Buddhist and believed the act of tossing coins would ensure a safe flight.