Earlier this week, an auction in Jerusalem sold letters that were written by famous physicist Albert Einstein. The typewritten and signed letters have the famed genius talking about a variety of subjects, including Israel, physics, and God. The letters were sold for a reported $210,000. The letters were purchased by Uri Geller, an Israeli native and illusionist (magician). Even after more than 5 decades since the physicist died, he is still one of the most well known and recognizable scientists of all time. 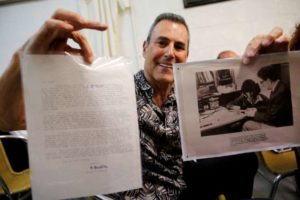 There were a total of eight letters, which were all written by Einstein from 1951 to 1951. The letters were sent to American physicist David Bohm. All letters were hand signed by the famous German physicist. The letters were sold by the Winners auction house, which had originally estimated the value to be somewhere between $31,000 and $46,000. The most expensive letter was sold for $84,000 and featured Einstein’s musings about God. In the letter, Einstein wrote: “If God has created the world his primary worry was certainly not to make its understanding easy for us”. 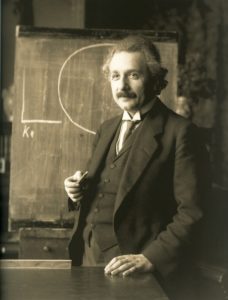 In another letter, Einstein talks about several topics in physics including relativistic field theory and quantum theory. This letter was sold for a little over $50,400. All the letters were typewritten, with some featuring equations which were neatly hand written by Einstein himself. Bohm was born in the United States but had come from Jewish immigrants. He worked with Einstein at Princeton before moving to Brazil. Bohm also worked as a professor at Israel’s renowned Technion technological institute in 1955. According to the auction house, the letters were purchased from the estate of Bohm’s late widow.