Egypt has always been synonymous with its pyramids and the many great monuments from its ancient civilization. But now researchers are using cutting edge technology to be able to unlock the greatest mysteries of the monuments and buildings in the ancient city. Among the many mysteries that they will be putting under a hi-tech microscope will be the dating how old the monuments in Egypt really are. 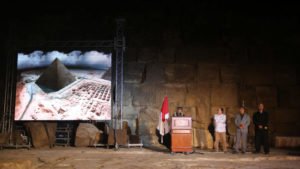 The first time that the mysteries of Egypt were investigated was over 200 years ago when Napoleon Bonaparte himself landed there and brought scholars to study the most well known sites. Then in the 21st century, scientists began using electronic devices to test the age of the artifacts of pharaohs. Then even more recently, chemical testing was done on Egyptian sites, but only on certain relics that can be tested without invasive excavation. 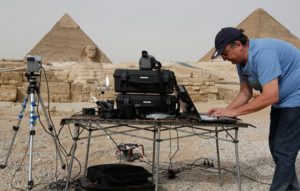 But now this latest campaign called ScanPyramids is running one of the most ambitious projects in Cairo. They are using cutting edge technology to unlock the Khufu Pyramid, the only surviving monument from the ancient Seven Wonders of the World. Among the most latest techniques being used includes the use of infrared thermography and muogrpahy, which includes recording images using temperatures and muon particles.

“All the devices we put in place are designed to find where the cavity is located. We know there is one, but we’re trying to find out where,” said Mehdi Tayoubi, the president of the HIP Institute which heads the ScanPyramids project. The thermal and muon devices used will also include chemical emulsion instruments from the University of Nagoya in Japan.