Egypt Could Have Found Its Second Sphinx

The Great Sphinx of Giza is one of the most iconic statues from Ancient Egypt. It was thought to be one of a kind. But a recent discovery may have found the second sphinx from that Ancient Era. Construction workers that have been building a new road may have unearthed a statue that has a lion’s body and a human head, leading experts to believe this could be the second sphinx discovered in Egypt. 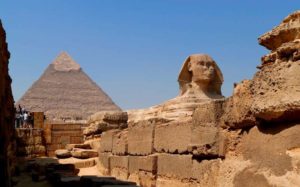 The statue of the second sphinx has not yet been fully excavated. When the statue was discovered during a road working project between the temples of Karnak and Luxor, they temporarily stopped the project so the statue could be further examined. According to Mohamed Abdel Aziz, the Director General of Antiquities, the statue cannot be lifted due to the environment it is in. The project to excavate and restore the road began in 2005 and is scheduled to finish by the end of the year. 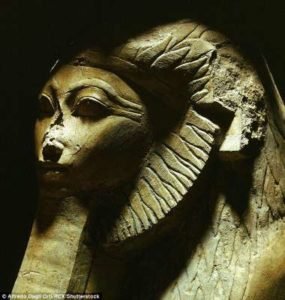 There have not been any images released of the new Sphinx, although officials have allowed tourists to visit the construction site to view the sphinx. The statue is said to have been built between 2550 BC and 2450 BC. It stands 465 feet high. The Great Sphinx of Giza was discovered beside the Great Pyramids on the west bank of the Nile River. It is the oldest and largest known monument sculpture in the world. It has been on earth for 3,800 years and sits between the pyramids of Khafre and Menkaure. The only significant damage the statue in three millennia has gotten is a chipped nose.