A tourist started to head back to his hotel resort after a night of drinking in Italy. But after a few hours he found himself climbing the Italian Alps instead. The man was an Estonian tourist named Pavel. He had a few too many drinks at the Cervinia Resort and decided to call it a night. He was by himself when he decided to walk off the alcohol on his way to the hotel. But he took a wrong turn somewhere and ended up halfway up a mountain. 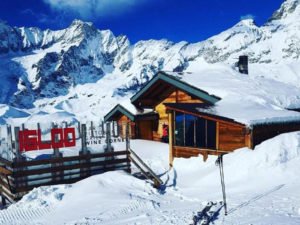 A tourist had a pretty rough night after he got lost on his way back to his hotel and found himself climbing the Italian Alps. According to an Italian newspaper, Pavel didn’t even notice that he had made a wrong turn until it was too late. It was somewhere between 2 am and 3 am when he finally realized that he was nowhere near his hotel.

It could have been disastrous for Pavel being lost in the freezing mountainside in the dead of the night. But by sheer luck alone, he happened to stumble into a restaurant and bar called Igloo. He broke in to seek shelter for the night. The next morning, the staff of the restaurant found Pavel sleeping on a makeshift bed made out of a bench and a few cushions.

Apparently, when Pavel hadn’t arrived at his hotel, a search party was created by the fire brigade, the police, and even a few drones. They had been looking for him all morning before he was found snoozing inside the restaurant. Local police announced that he would be charged for the damage of the break in but will not be charged with anything.