Earlier this week, New Jersey Governor Chris Christie signed a law that made it illegal to fly an unmanned drone aircraft under the influence of alcohol. The bill was presented by a spokesperson on the Republican’s last day of office. The law prohibits flying a drone with a blood alcohol content of 0.08 percent or higher. The same rule applies while driving a vehicle. Violators can face up to 6 months in jail and/or 1 $1000 fine. 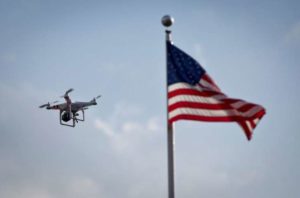 The bill was passed by the Democratic controlled state legislature earlier this month. Also included in the bill is inhibiting the use of a drone in pursuit of wildlife or using in near a prison. There is still a bit of a debate as to how to catch drone operators under the influence when these unmanned flying vehicles are often controlled remotely.

The drone measure was just one of the 109 bills the Governor Christie signed into law on his last day in office. The successor of Christie, Democrat Phil Murphy, will be sworn in on Tuesday. There are at least 38 other states that are also considering putting restrictions on drone flying this year. These numbers were according to the National Conference of State Legislatures.

According to the Consumer Technology Association, more than 3.1 million drones were sold in the United States last year, which is an increase of 28 percent from the year before. These drones are equipped with tiny cameras that provide the controller with a bird’s eye view of the area the drone is flying in. So far, there have been no reported incidents or injuries with drone flights.