Mark Lee and Gina Lyons got married in 2017, but waited until the latter part of the year for their honeymoon. They spent their honeymoon in Sri Lanka, and to say that their honeymoon was eventful would be an understatement. One night, the couple got so drunk that they both agreed to but the hotel that they were staying in. 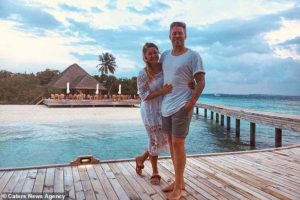 Gina and Mark were checked into a rustic hotel by the beach on their honeymoon. They quickly fell in love with the charm of the place and the friendly staff. So when one of the bartenders told them the lease was coming up for the renewal, they decided that they were the right people to take over. They also decided this after they had just downed 12 glasses of rum. The cost of the renewal was £30,000. But even after they sobered up, they decided that it was still a good idea. They officially paid the renewal and a few months later they owned the hotel and they even renamed it as ‘Lucky Beach Tangalle’. 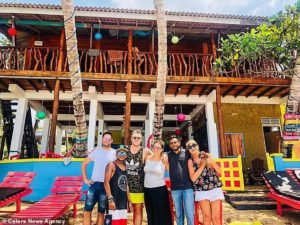 “When we walked into the hotel we saw a group of old Sri Lankan men who were still drunk from the night before, so we started drinking with them.” said Gina, “The hotel looked grotty and very cheap, but it was by the beach and had the “wooden tree house” feel that we like.”

“When we were on the beach drinking rum, we were told that the lease was almost up for the hotel. After finding out that it was £10,000 a year, myself and Mark thought that it would be a brilliant idea to buy it – because we were so drunk. Now, almost a year on from our drunken idea, we own the hotel and have started doing the hotel up and making it ours.”