Everyone knows the joke about why the chicken crossed the road, but do you know the story about the duck and ducklings that crossed the busy motorway. In New Zealand, a mother duck and her ducklings made the news when they stalled traffic as they crossed a busy motorway. Footage of the crossing ducks has since been shared on social media, where it quickly went viral. 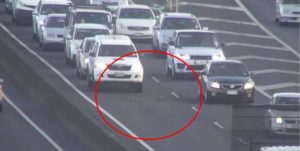 The viral video shows a mother duck crossing a motorway with her baby ducklings. Cars and trucks have stopped across three lanes to allow the duck and her babies to cross safely. The footage was taken from the Northern Motorway in Auckland, New Zealand, one of the busiest stretches of highway going into the city. People online have praised the drivers that were patient enough to stop in the middle of traffic to allow the birds to cross the road. 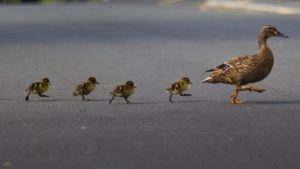 “Please allow a little extra time city bound on the Northern Motorway this morning with minor delays due to ducks crossing near Tristram Ave. NZ Police are now escorting all to safety.” Tweeted a local news station along with a video of the ducks crossing the motorway. In the video, you can see the mother unaware of the massive traffic she caused in crossing the road. But the drivers at the head of the line didn’t seem to mind. In fact they seemed to find the entire thing funny. Traffic was returned to normal by the NZ police once all the birds had crossed the motor way.