This season has so far been a bit rough for the Ottawa Senators. Leading up to it, however, it was known that this would be a rebuilding year, one that saw lots of young talent get theirÂ big league debuts.

One of those young stars, Drake Batherson, was the team’s fourth-round pick in the 2017 NHL Entry Draft. Drake had a great training camp, and onlookers thought he would make the team. Unfortunately, the 20-year-old was a late cut. 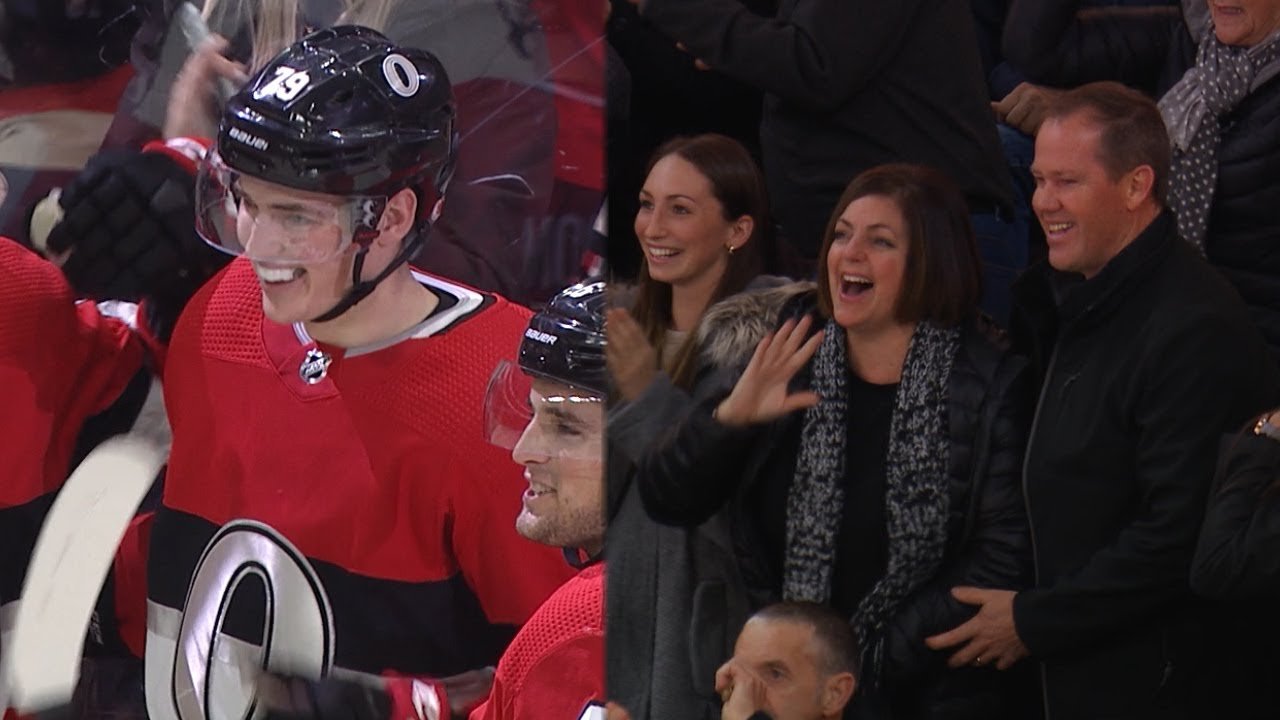 Thankfully, Drake came out strong with the Senators AHL affiliate, the Belleville Senators, scoring seven goals and 20 points in 14 games. Last week, he earned his first NHL call-upÂ last week, and he did not disappoint.

Halfway through his first game, he scored against the Detroit Red Wings, his first NHL goal, breaking a 1-1 tie.

While Drake celebrated on the ice with his teammates, his family and friends in the stands threw their own celebration. Their support got him where he is today, and they sure enjoyed this moment as much as he did.

To sweeten the deal, Drake’s goal was the game-winner as the Senators hung on for a 2-1 win. Batherson was named first star of the game, too, closing out an impressive debut.