Joseph Badame is proud of the fact that he is a survivalist. Survivalists, also known as doomsday preppers, hoard supplies and goods for “doomsday scenarios”. He has stocked up on everything from long lasting food, electric generators, survival books, and a good stock pile of tissue paper. All this stock is to keep him alive and well in the event of a disaster or crisis. But now Badame has a different use for all his prepping, he decided it would be better to send the supplies for Puerto Rico relief. 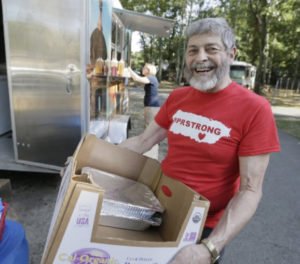 Badame has been having a hard time with his finances recently. He was buried in debt because of medical bills and lost income, and he could not prevent banks from foreclosing on his home in New Jersey. He thought that all his prepping for the past 45 years was for nothing. But then he met a couple who ran a Puerto Rican food truck in Medford. Badame learned that the couple had family back in Puerto Rico and they were sending food over to the island. Badame told them about the food supply in his basement and he told them that they could have all of it for free. 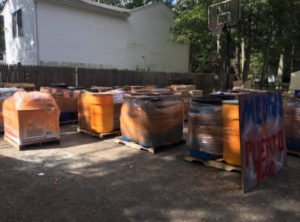 In Badame’s basement was 80 barrels of food and supplies, each weighing at least 300 pounds. The barrels contained rice, flour, sugar, beans, seeds, and even pancake and chocolate mixes. Also in the barrels were so many other supplies that could last and not spoil. The supplies were supposed to keep Badame well equipped to last a crisis. But instead it will help to feed hundreds of people who are actually suffering from an already occurring disaster.

“Those people are starving and they have nothing,” he said. “I just can’t sit by.”