Earlier this week footage of the “Singing Surgeon” became viral on social media. The video is of a doctor showing off his pipes as he sings in the operating room. The doctor has always been known as the singing surgeon because of his social media page, but this time, he chose to sing some Christmas carols in honor of the upcoming holiday season. 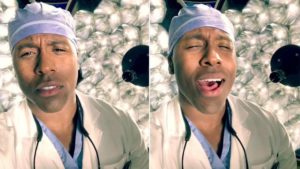 The doctor’s name is appropriately Dr. Elvis Francois. He is an orthopedic surgery resident at the Mayo Clinic in Minnesota. Dr. Francois posted a video of himself singing “Have Yourself a Merry Little Christmas” on his Instagram page. He added the message “Christmas came early” on his post. The 32-year old doctor has been singing since he was a little child, and he sings whenever he needs to relax, which is most often at the operating room.

“I grew up singing and I have always been interested in music,” Francois said. “Singing helps keeping spirits lifted between cases. I usually sing around the operating staff.” Dr. Francois believes music is his medicine and it is not just for him. The singing surgeon is known to sing to some of his patients every now and then. 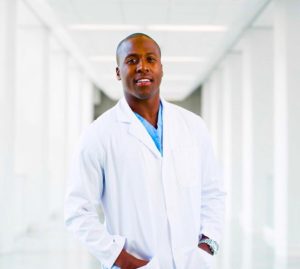 Singing can be therapeutic and some doctors believe that singing or listening to music is an effective and natural way to calm down and relax. While his earlier videos of singing has garnered a lot of views, this most recent video of a Christmas carol has gone viral, with the video getting several shares and views on social media.