Doctor Delivers on Promise to Dance for Young Patient

When Gerrit was younger, he was diagnosed with a rare genetic defect, Microcephalic osteodysplastic, also known as primordial dwarfism. It is a condition that the 4-year old has learned to deal with, even if it means several trips to the hospital each year. But one trip to the hospital cheered up Gerrit when he was given a promise by one of his doctors. 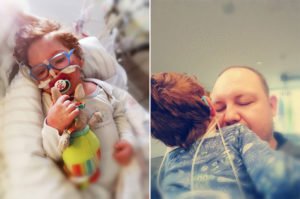 Gerrit was recently hospitalized for four weeks at HSK in Wiesbade, Germany. Gerrit was recovering, but he wasn’t feeling too good. To cheer him up, one of his doctors promised him that he would dance for the 4-year old boy if he started to feel better. And a few days ago, Gerrit felt much better and he couldn’t wait to see his doctor for the promised dance. 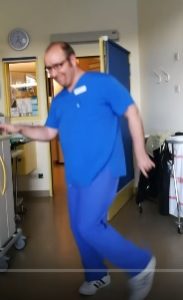 And sure enough, his doctor delivered on his promise and danced for little Gerrit. Gerrit’s family recorded the dancing doctor and posted the video of him dancing for Gerrit. The video was shared on social media, where it has gotten thousands of likes and shares. Most people have also showed their concern over Gerrit and have forwarded their well wishes and encouragement to the little boy.

Microcephalic osteodysplastic is an extremely rare genetic condition that severely affects a child’s development and health. Currently there are only 10 children worldwide live with this gene defect. Hopefully the viral video can help in bringing attention and awareness to the condition so that hospitals and doctors can get funding and learn more about the condition to help the children afflicted.