The reality of the situation is that almost half of marriages end in divorce. And while most end amicably, there are those that don’t end well. Then there is the small percentage that has a small chance of reconciliation in the future. Take this couple from Bowling Green Ohio. After being married for 35 years and divorcing, they are reconciling in their advanced age. 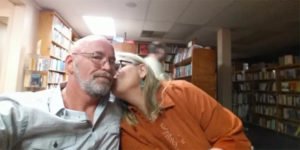 51-year old Jeffrey Agan Sr, and 51-year old Lorrie Agan were first married in 1989. They had eight children in 35 years before divorcing in 2014. They spent the past few years reflecting and working on themselves. For Lorrie, she worked on her spirituality and even visited a Native American sweat lodge. Jeffrey, on the other hand, went back to school for nursing, and discovered poetry as an outlet for his health struggles.

“They fought, separated, divorced, and it tore the family apart,” said Jeffrey Agan Jr., their 21-year-old son, “Each of us felt like we had to cope with the destruction in different ways, and on our own.” But after three years of separation, they started to open up to each other and slowly started to talk to each other again. Soon they began dating. Then earlier this week, Jeffrey presented Lorrie with a poem he wrote, along with a special Christmas present. 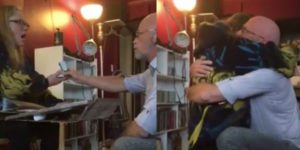 “He looked really nervous. I thought, ‘I know what you’re doing dad,'” Jeffrey Jr. said. So he grabbed his phone and recorded the moment when his dad proposed to his mother once again. The video was posted on social media and went viral. So far, the video has garnered more than 10 million views.

“So many people are going through painful experiences,” Jeffrey Jr. said “So, I think what’s touched so many people about this video is there’s definite proof with this video that true love exists.”