Colombus’ High Bank Distillery is bidding for the attention of Russian hockey player ArtemiÂ Panarin with a billboard proposal: if he sticks with the Blue Jackets, High Bank will provide him with vodka for life. 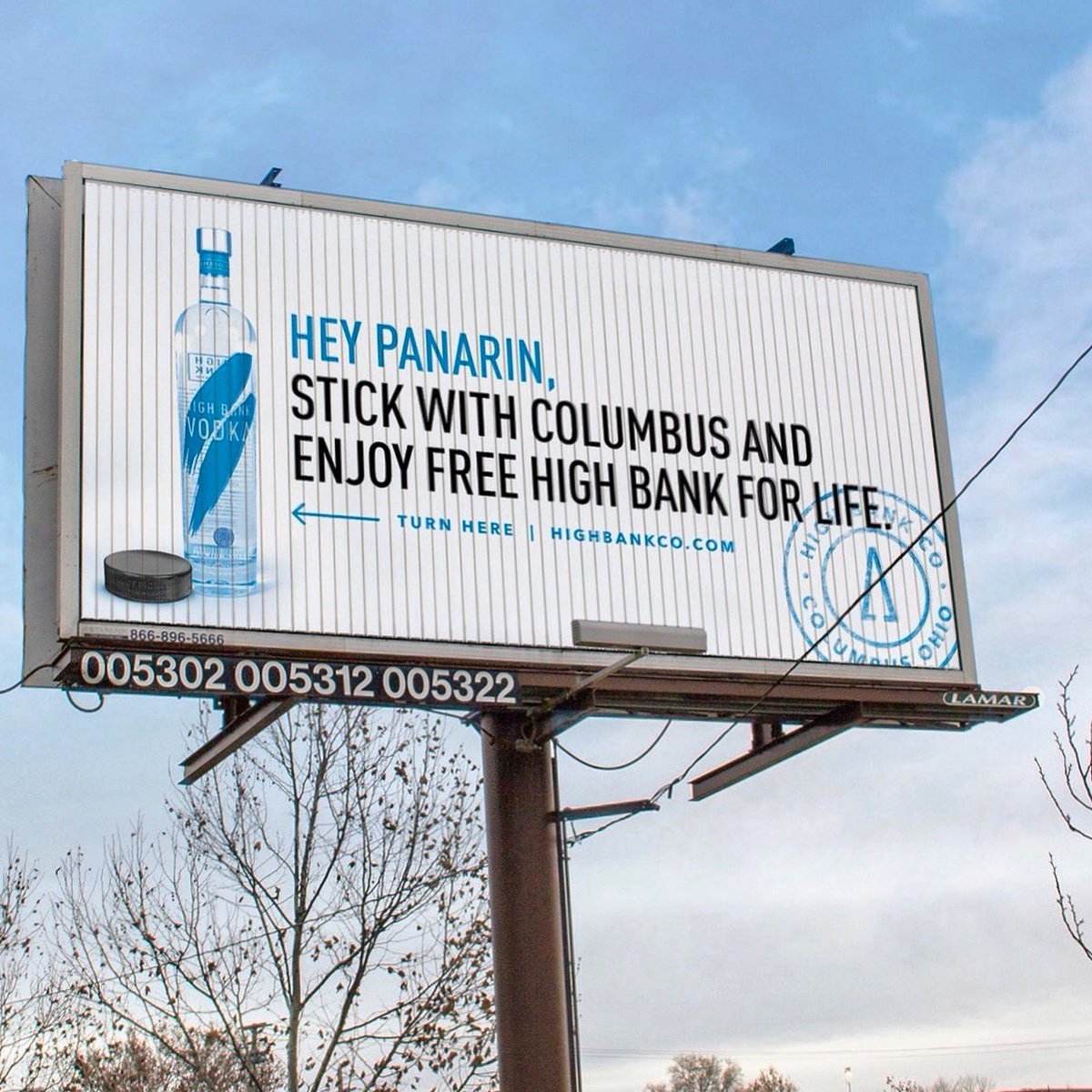 Panarin, known to fans as Breadman, posted a selfie with the billboard. If Panarin decides to extend his contract and stay in Ohio, he could be looking down the neck of a bottle for a good many years. Despite the generous offer, Panarin’s future with the team remains undetermined since the summer as he becomes an unrestricted free agent by the end of the season.

Panarin’s agent, Dan Milstein, sounds interested in High Bank’s proposal. The February 25 trade deadline is quickly approaching, but it seems as though Panarin isn’t interested. He might want to see how far Columbus can go this postseason before testing the waters elsewhere. The 27-year-old has a team-leading 45 points in 40 games thus far this season. The Blue Jackets are sitting third in the Metropolitan Division.