Earlier this week, scientists discovered a new species of penguin from the remains of its skeleton. The new species is said to be as big as an average man. The species of penguin lived millions of years ago in New Zealand. The specimen found was almost 6 feet tall and weighed over 200 pounds. Researchers at the Nature Communications journal have called it “an exceptionally large bird”. 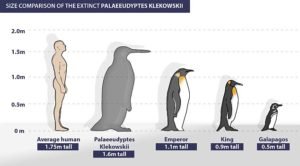 The new species of penguin was named Kumimanu biceae. The scientific name includes the Maori words for “bird” and “large mythological monster”. Aside from being one of the largest penguins ever discovered, it is also one of the oldest giant penguins ever found. The bones were dated to be more between 55 million and 60 million years old. These penguins would have fed on the same types of food that penguins of today eat, such as fish and smaller marine animals. They would have also been excellent swimmers despite their size. 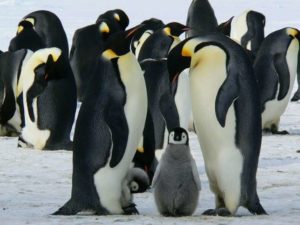 There has been a lot of speculation on what lead to the birds dying out. They could have gone out with the dinosaurs when a mass extinction event occurred around the same time. They could have also died out as competition for food rose as well as predators such as sharks and killer whales increased. Scientists have also added that understanding the role of its size might be answered by looking at why its descendants are so much smaller today. The largest existing penguin species is the Emperor Penguin, which can only grow to up to 4 feet in height.