Earlier this month, a Deputy from the Washington Sheriff’s department went above and beyond the call of duty for his comrade in arms as he donated his kidney to a fellow officer and longtime friend. The two friends had known each other since they were kids, but the officer in need never asked for the donation, so the deputy tested himself and when the results matched, he did not hesitate to offer his own organ to save the life of his fellow officer. 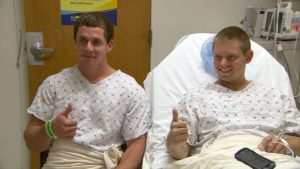 Deputy Sheriff Andrew Fenlon had known Frederick “Sonny” Davis since they were young. The two grew up together and played little league baseball together. They even actually shared the same birthday. They also joined the police force together as friends. Despite this, Davis never mentioned that he was battling kidney disease for more than a decade. But it only recently worsened to the point where he had to start dialysis. But despite all this Davis still did not approach Fenlon for a donation. 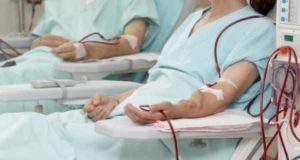 So Fenlon decided that he would get the test himself. After Fenlon was found to be a good match for Davis, he immediately schedules surgery to save the life of his friend. The news spread through the town, and the entire department offered their support to both of their officers. They even posted their well wishes for the pair on social media.

“All of us here at the CCSO are thinking of and praying for the Davis and Fenlon families today!” the post said. “Your courage is inspiring. We are here for you!”