Deputy Brings Down Suspect With a Can of Beans

In Florida, a deputy from the local sheriff’s office was able to take down an armed robbery suspect with the aid of a can of baked beans. According to reports, deputies responded to a Rainbow Store report of an armed and dangerous man threatening the employees inside. Deputies from the Bay County Sherriff’s Office came to investigate. 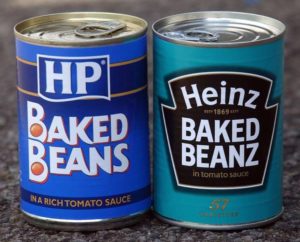 According to the reports, the deputies arrived along with Sheriff Tommy Ford. The Sheriff spoke to the witnesses outside and learned that the suspect was armed with a hammer and threatened to hurt the people inside. When the officers tried to enter the store, the sheriff said that the man swung at them with the hammer. 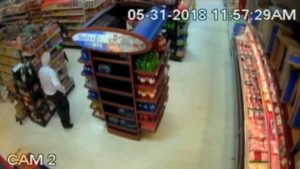 That’s when Deputy Jimmy Stanford took the opportunity and smacked the suspect with a can of beans and helped to subdue him along with the other officers. The suspect was taken into a hospital where he allegedly kept struggling. He is currently being charged with assault with a deadly weapon on a law enforcement officer, assault, and resisting arrest with violence.

The news of the bean-wielding deputy has since made the news. There have been stills of the surveillance cameras capturing the deputing swinging at the suspect with a can of backed beans in his hands. While the item did not weight much, the can was very sturdy and was quite effective in subduing the suspect. The images have since been shared in social media, where it quickly went viral.