Earlier this week a woman from the Philippines witnessed an act of kindness from a delivery man who helped an elderly woman with her delivery needs. The woman, Maris Mayol Tian, told the story about how she ordered from a fast food chain, and after her order arrived, her 92-year old neighbor called over the delivery man for help. Tian posted the story on social media, where it quickly went viral. 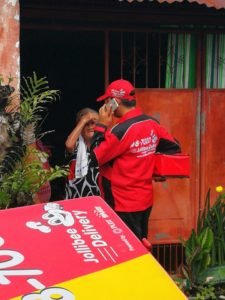 “So I just ordered my breakfast from Jollibee and my 92 YEAR OLD neighbor saw me with the delivery guy. When (grandma) saw him handing me my food at our gate, she called him over and asked him what he does… So when he told her he delivers food that she would want to order, she proceeds by enumerating her order.” 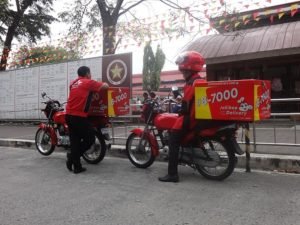 “I honestly thought he would just ignore her, laugh and be on his way, but he actually took out his own cell phone, dialed a number, and ordered for her! There was a time when I hated Jollibee’s delivery service because they messed up a few times, but now I think I’m going to order more delivery from them.” The post has more than 300,000 likes and 50,000 shares. Tian also said that he delivery man, identified as Elpegie Palmares Sicor, reached out to her on social media after her post went viral.

“He was praised at work by his manager and his co-workers. He said thank you. He can’t explain the feeling, he’s very humble,” Tian said.