Nascar driver Dale Earnhardt Jr. spoke out for the first time after he and his family were in a small plane crash last week on their way to Bristol Motor Speedway.

The private plane carrying Dale Jr., Amy Earnhardt, their 15-month-old daughter, Isla, their dog, Gus, and two pilots bounced after a hard landing on the runway at Elizabethton Municipal Airport – about 15 miles from the Bristol race track – in Tennessee on Thursday. It then slid off the runway and onto the neighboring highway and caught on fire.

There were only five people on board, and everyone was okay and did not sustain any serious injuries.

“Amy and I want to thank everyone who has lifted us up with phone calls, messages and prayer since last Thursday. We are truly blessed that all on board escaped with no serious injuries, including our daughter, our two pilots and our dog Gus. With respect to the investigation, we will not be speculating or discussing the cause of the accident. I am thankful for the quick response of my pilots, local law enforcement, emergency personnel and hospital staff. Lastly, Amy and I continue to be very appreciative of the privacy extended to us to process everything. It has been important to do that together and on our own time.” 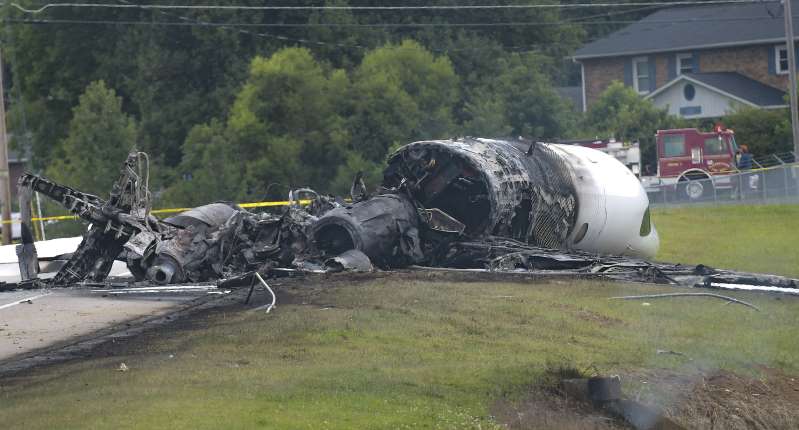