A dad from Tennessee took the internet by storm when videos and photos of him wearing a tutu to his daughter’s ballet class were shared online. The father attended the class of his 8-year old daughter’s ballet class and decided to join in with complete ballet attire. Not only did he participate in the dancing exercises, but he also joined the girls in full ballet entire that included a black outfit and black tutu as requested by his daughter. 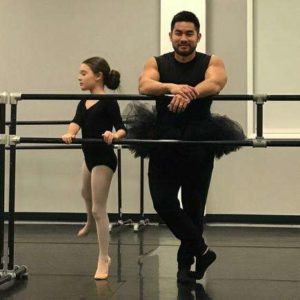 According to reports, involved dad Thanh Tran showed up to parents night for his daughter, Adriana Cross, at her ballet school earlier this week. Adriana had been mentioning the night to her father for weeks, and that if decided to go, he had to wear a tutu. She told his father that the attire was required for each parent that was going to participate, but in truth she just thought it would be funny.

“It took a couple of weeks to convince him,” said Adriana’s mom, Rebecca Tran, “She told him he didn’t have a choice.” The Tutu that Tran wore was part of Rebecca’s old Halloween costume that she wore a few years ago. When parents’ night was held last Monday, Tranh decided to give in to his daughter’s request and wore the tutu. 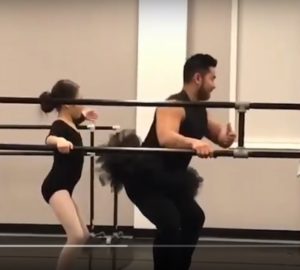 “I thought it was hilarious, I was crying because I was laughing so hard,” Rebecca Tran said. “He got a couple looks and people trying not to laugh. He’s just a really good dad,” The parents’ night class had parents, mostly moms, participating in ballet class that included twirls, leaps, and many other ballet positions. Tran did it all in the tutu with a big smile on his face. Rebecca could not participate because she was seven months pregnant.