Brian Pierce and his wife Molly were on their honeymoon when they met a family with a 12-year old daughter. After speaking with the parents, they found out that their child had actually been adopted from China. The couple had always known they would adopt one day, and this gave them an idea of where they would be able to find a child and expandÂ their own family. 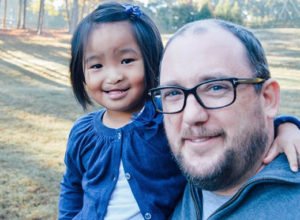 Soon after their honeymoon, the newlyweds received an envelope from their adoption agency. The envelope had pictures of children that they might want to adopt. One of the pictures showed a baby girl with a cleft lip. Brian also had a cleft lip and palate, and he felt an instant connection to the small girl with the same condition. They made the necessary arrangements and in a little less than a year later, they welcomed little Hattie into their home to meet the rest of her family, including an older sister and dog. 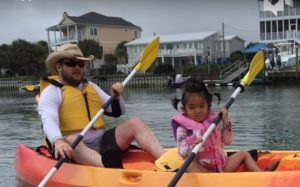 Before Hattie came home to the Pierce’s house, she had received surgery to repair her cleft lip and palate. She was taken care of at the Children’s Healthcare of Atlanta, which ironically, was the same place the Brian received his surgery to repair his own condition. Now Hattie is a small girl and enjoys spending time with her family, doing several outdoor activities. According to Brian, she reminds him so much of himself when he was younger.

“Everyone who meets her falls in love with her,” said Brian, “All the other kids like to play with her.”