A Metallica cover band was recently the victim of theft as all their gear was stolen from a storage compartment. The band was distraught by the loss of their equipment, but they were also disappointed that they would not be able to return on stage. According to the band, all their gear was stolen after a show in Portland, Oregon. Among the gear that was taken were the band’s own instruments. But the band, called Blistered Earth, was surprised to find that they had been given replacement equipment from a relevant benefactor, the Metallica band themselves. 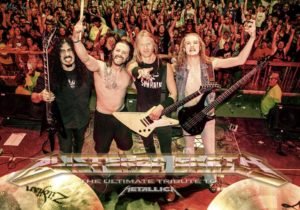 It seems that two days after the band announced that they lost their gear, James Hatfield of Metallica, as well as the rest of the band, paid to have all their equipment replaced. The cover band Blistered Earth is a four piece band from Spokane Washington. The band mostly covers Metallica classics and emulates the hard metal rock that the group embodies. Two days after they lost their equipment, they were surprised to find three guitars, two bass guitars, and a drum kit plus several other band gears such as pedals and amplifiers. 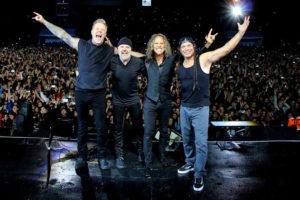 “Sometimes when bad things happen it really brings out the best in people,” said the band on the social media account “James Hatfield and the rest of the guys in Metallica (thanx guys) have seen fit to replace our equipment. Thank you, guys!” While there has been no word from the band Metallica, they are thankful for the shout out. The Metallica band starts an extensive tour of America, Europe and Latin America this May.