When high school sweethearts Kole and Heather decided to get married, they thought the best option was to tie the knot at the beach. They had set up a perfect beach wedding in Laguna Beach, California. Everything was going according to plan at the ceremony. That was until they lost all the pictures of their wedding. 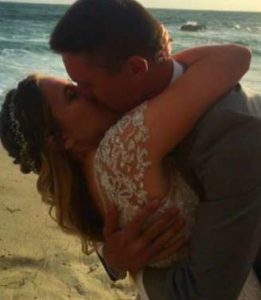 The couple had their guests and photographers place their cameras and purses on a nearby sea wall after the ceremony. But then a giant wave came in and washed all the items away, including the main camera that had all their pictures in it. But now, two months later, the couple received a message about the pictures.

It seems a man named Alex Noble and his girlfriend Maria, were on the same beach of the wedding when he stepped on something. He realized it was a camera. When he took home the camera to have Maria’s brother, Nick, inspect it. Nick found that he camera was destroyed and beyond repair, but also found out that could salvage all 173 pictures that were saved in it. Nick placed the photos on social media with the hope that someone would recognize the people in the photos. And soon, a friend of a friend recognized the bride and sent her a message about a miraculous recovery of the wedding photos. 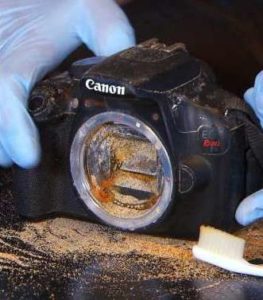 “I screamed and yelled ‘Kole! Someone found our pictures!’” Heather said. “There are not enough words to say how grateful we are.” Both Kole and Heather were stunned to find their pictures online, when they had almost completely lost hope of recovering these precious memories of their special day.