Couple with Twins Find Out They’re Having Triplets 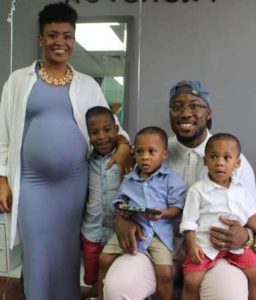 Robert Tolbert and his wife Nia already had three sons. There was their eldest, a 6-year old, and the 2-year old twin boys. So it was a big shock when they realized that they were going to be doubling their children in just one pregnancy because she would be expecting triplets. The mother said that having twins runs in her family, but after the birth of their twin sons, they didn’t expect it to happen again, and so soon.

“I knew I was pregnant. I went for a routine ultrasound,” Nia Tolbert said. “At the appointment, they were like ‘here is baby A, baby B, baby C’. It was a major shocker.” Tolbert waited a few days to tell her husband. She scheduled to go out of town with Robert and prepared a gift bag. Inside the bag was a photo of the ultrasound, a card, and three onesies for babies. 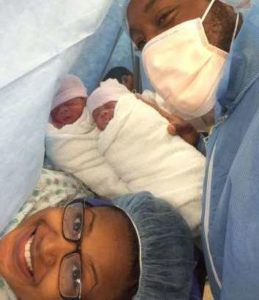 “I looked a little closer and in the bag were the onesies. I was very shocked to say the least,” Robert Tolbert said. “I closed my eyes and I fainted.” The family is now expecting three baby girls due in March of next year. The couple said that they are through with having kids, especially now that they have a good balance with three girls and three boys