Couple Travels from UK to Hong Kong Through Public Transport

A retired British couple decided to visit their son in Hong Kong from their home in Oxford. It was an overdue trip and a welcome vacation from the monotony of home life. But instead of simply booking a flight to Asia, they wanted to do it their own special way. The couple decided that they would travel all 12,000 miles to Hong Kong by only using public transportation. 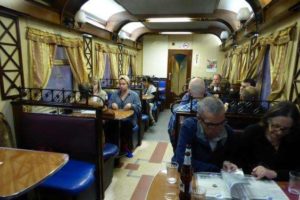 Phil and Emma Whiting could have flown to the Chinese territory of Hong Kong from London in a little over 12 hours. Instead they chose to take a trip that would take them a full eight weeks by the use of public transportation such as buses, ferries, taxis, cable cars, and even horses. Their aim was to reach their son, Oliver, by the sixth of November, just in time for his 30th birthday. Oliver currently teaches in Hong Kong. 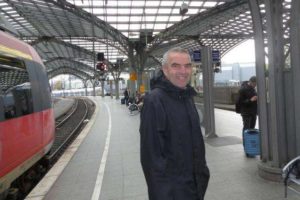 “My wife Emma, 61, took early retirement four years ago from her job as a social worker and we have often planned a big journey like this.” Mr. Whiting said. “We decided it was important to us that we actually travelled to get there, and that we stopped off in various places.” The journey included 16 trains in mainland Europe, then finally a boat trip from mainland China to Hong Kong. The commute took them through several countries and cities including Moscow, Irkutsk, Ulan Bator, Beijing, Shanghai, Yangshou, and Xiamen.

“It seems like you could get bored easily, but you just don’t,” said Mr. Whiting. “You’re travelling through endless landscapes of Russian history. There were also lots of other travelers on the train doing similar journeys to us, of all different nationalities, so after a couple of days you gel as a community.”