In Illinois, a couple received an engagement ring for free after a man from Virginia was dumped before he was able to propose to his girlfriend. The lucky couple was chosen by the man who wanted to give away the ring. The man from Virginia was Steven Crocker. He wanted to do something with the $1,700 diamond ring after his girlfriend for more than two years broke up with him, so he asked social media who would best deserve the engagement ring. 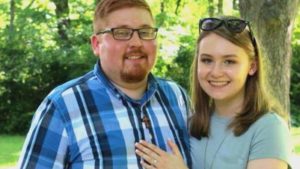 Sean Sullivan from Illinois was just one of the thousands of people that responded to his post on Facebook. Sullivan said he was planning on proposing to his girlfriend, Natalie, and he was saving for a special engagement ring. But his savings were used when he was diagnosed with multiple sclerosis and couldn’t work. Then he found out about the ring on Facebook from his mother. 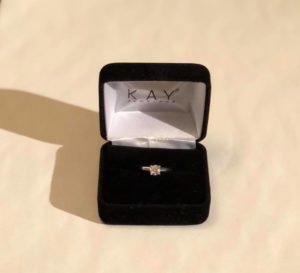 “My mom first told me about it,” Sullivan said. “I looked it up because I was skeptical at first. I sent in a video that was 17 minutes long and told him our whole story of how we met.“ Sullivan told Natalie about the ring but he didn’t tell her that he had applied. It was a surprise and a shock when Natalie found out that he had been chosen when he proposed with the ring a month later.

“It was crazy, so overwhelming. I couldn’t believe it because I didn’t expect it at all. She was totally surprised,” Sullivan said. “For someone to do this, it just shows there are still good people left in this world. He had no reason to do this for anybody and it’s amazing he did this.”