Gender reveals are getting more and more outrageous these days. It seems that not even the frontier of space is safe from gender reveal stunts. This was evident when a couple from West Virginia wanted to a make their announcement something from out of this world. They used balloons to carry their announcement of their child’s gender into space. 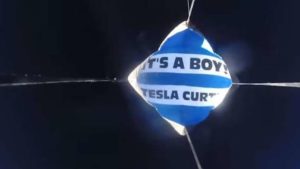 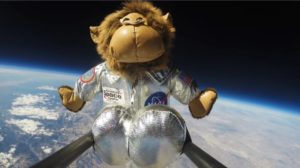 “I had always wanted to send something up to the edge of space so this seemed natural when you’re excited and want to tell the world,” Patrick said “I pitched the idea to Ashley and since we wanted to do something completely different than anything we’d seen, she agreed to let me be a big kid and have fun with it.”

“It actually took a few months to plan from printing on parachute fabric, sewing it into parachute, printing launch pad, scheduling, and editing final footage. But the actual launch and recovery happened on the same day. We put a stuffed animal ‘Spunk the Space Monkey’ in a little astronaut outfit. This is a gift for our son. He can say his stuffed animal went to space.”