Finding out that you are going to have your first child is a special moment in your life. You want to spend that time with either your wife or your family. But for a Texas Army veteran, he found out that he was becoming a father with the help of a local police officer. Jarred Wright was pulled over by a special law enforcement officer as a prank by his wife, Nikki, to reveal to him that he was about to become a father. 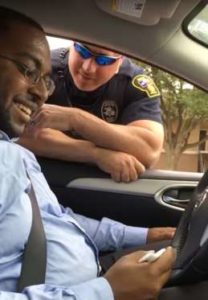 Jared and Nikki Wright were driving home in their home town of Hurst in Texas when the police suddenly pulled them over. According to their account, the police officer told them that the reason they were pulled over was because they had a child in the car without a child seat. Jarred denied the charges and said there were no children in the car. He turned to his wife and saw her holding up a positive pregnancy test. She told him that they did have a child in the car. The police officer then smiled and congratulated Jared for being a father. 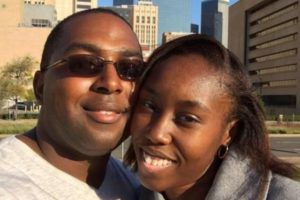 The video of the pregnancy reveal has since gone viral. Jarred was actually was familiar with the police officers that pulled him over. Jarred had served in Afghanistan from 2013 to 2014. He came home and was recovering from PTSD or Post Traumatic Stress Disorder. These officers actually helped him in one of his panic episodes last year. When Nikki approached them with her idea, they were more than happy to help with the reveal.