Earlier this week, a New York construction worker won the jackpot prize of a lottery and became a multimillionaire overnight. But even more amazing is the fact that the man still kept his day job in construction and went back to work as soon as he could. It also took well over a month before he claimed his winnings. 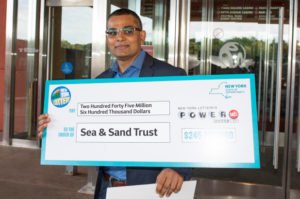 Nandlall Mangal, a 42-year old construction worker from Staten Island, won the Powerball jackpot from a ticket he had purchased. He won the jackpot prize of $245 million. After checking several times that he had the winning numbers, he kept the ticket and contacted a lawyer for counsel. He did not tell his family, his friends, or his co-workers at the construction site. He even worked for a month even though he knew that he had already won millions of dollars. 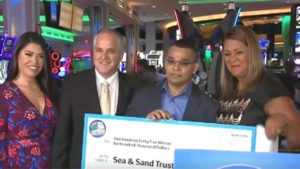 But now that he has claimed his winnings, he says that everyone he knows will eventually find out after seeing him on TV or reading about him in the news. Mangal says that the money is more than enough to do everything that he wants to do in life. He took the $100 million as a lump payment and saved the rest of the money in a Trust that he entitled “The Sea & Sand Trust”.

Mangal said he purchased the winning ticket at a local Stop and Shop Supermarket, which will also receive $10,000 for selling the ticket. The supermarket says that are going to donate the funds to a local food bank in Staten Island.